Home » The History of the Magic Wand

The History of the Magic Wand

Katie Posted on December 8, 2022 Posted in Sexual Wellness No Comments 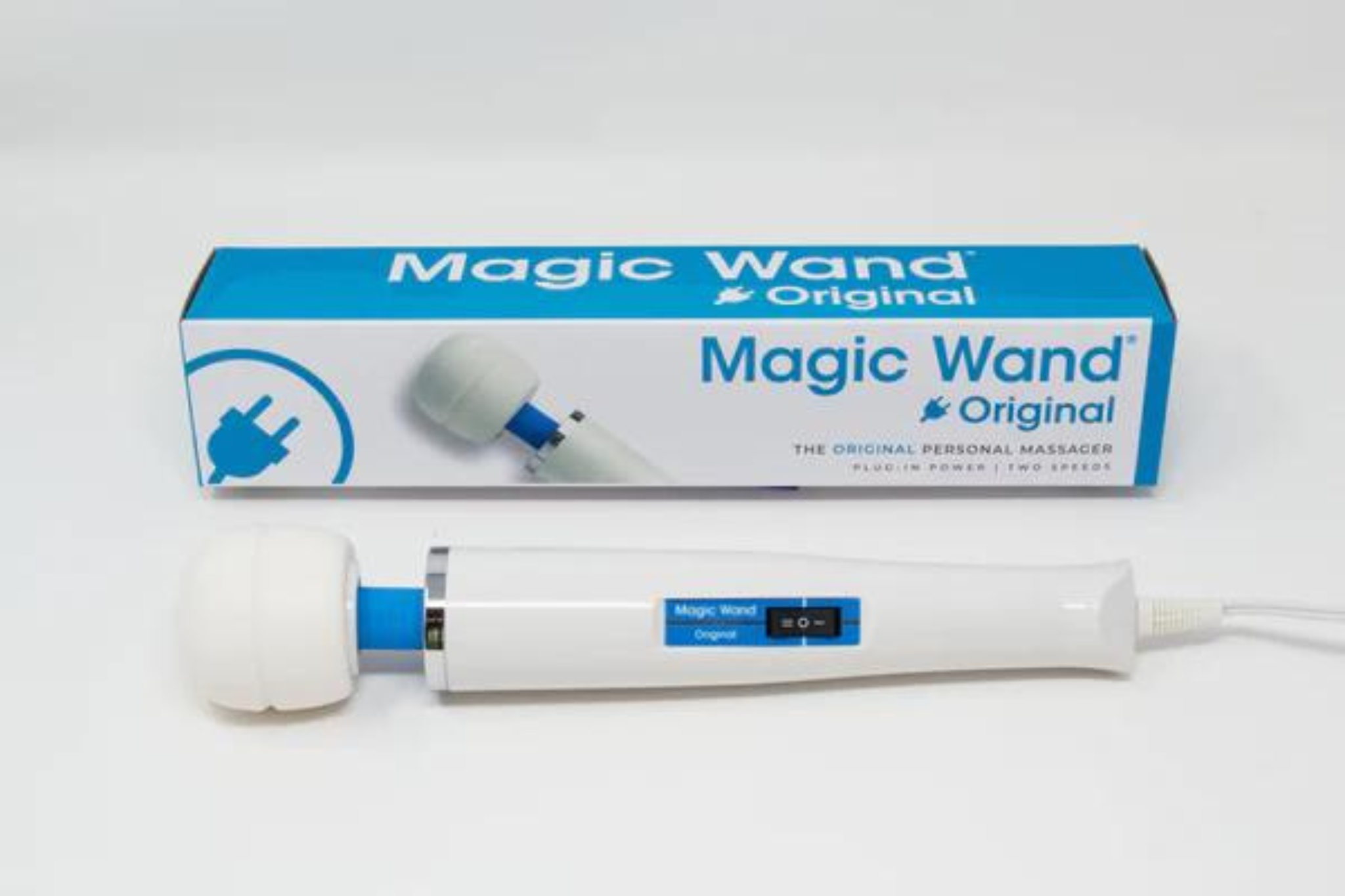 When one talks about magic wands, the first thing you’d think about would be Harry Potter and magic. However, for most female adults, the first thing that comes to mind is one of the most iconic vibrators worldwide.

Colloquially called ‘The Hitachi Magic Wand’ , this sex toy played an important role in the sex-positive movement in the ’70s.

Late 60’s: Origins of the Wand

Popular Japanese electronics brand Hitachi initially invented the Magic Wand to alleviate sore muscles. For the longest time, the toy was even called The Hitachi. In fact, on the 20th of May 1968, Hitachi had filed a trademark for the term ‘Magic Wand’.

Initially, the Magic Wand had a black head, very different from the iconic off-white often associated with it. The body of the toy was a bright pink which seemed to appeal to many female users. The Magic Wand was also re-packaged as ‘The Workout’ during the early-to-mid ’70s as it switched to a softer head.

Even though Dodson is credited for popularising the Magic Wand, she never received any compensation for her endorsement. Dodson even said that “it was really shitty of [Hitachi] to not acknowledge my efforts and give me a percentage.”

Dodson emphasizes that her endorsement was never about money, but she added that she would have liked the acknowledgment.

It was at these workshops that she was introduced to the Hitachi Magic Wand. However, it was a humiliating experience at a Macy’s which changed the way the Magic Wand was seen.

In 1973, Dell Williams allegedly went to Macy’s to buy a Magic Wand after hearing about it in one of Dodson’s workshops. However, the salesman creepily asked her what she planned on using the Magic Wand for, leading Williams to be driven by this experience and funding Eve’s Garden, the first major feminist sex toy store, in 1974.

Eve’s Garden was initially set up as a mail-order company out of William’s apartment in New York City, but she later ended up setting up shop in an office suite of a high-rise building in downtown Manhattan where the store has been ever since.

In 1976, sex educator Joani Blank published her book guiding women on the use of vibrators. The Hitachi Magic Wand was featured prominently on the cover of the book, associating it more with the world of vibrators.

It was said that the Magic Wand looked much more like a household appliance compared to a sex toy. That’s why it was clever of Blank to use it on the cover, as it was less likely to be seen as a problem.

In 1977, Blank proceeded to open her first Good Vibrations store in San Francisco and began selling the Magic Wand. Blank sought to do the same as Dell Williams did in San Francisco.

1992: Hitachi Recognises the Magic of the Wand

Upon the lack of Magic Wands, Vibratex attempted to get in touch with Hitachi to see if they could take over as their distributor in America.

Although unsuccessful at first, Vibratex offered to pay upfront for a cargo container of surplus Magic Wands. Seeing Vibratex succeed in selling them, Hitachi decided to just make a deal with Vibratex.

This scene proved particularly iconic, as it was nearly 30 years after Dell William’s encounter with the creepy salesman at Macy’s.

In 2012, Vibratex was contacted by Hitachi saying that they were going to stop the production of the Magic Wand as they had discovered how it was being sold in the United States.

Knowing what a loss this would be, Vibratex asked Hitachi if they could sell the Wand without using the Hitachi name, and Hitachi agreed.

The massager changed the name after eight months of marketing, branding, and re-designing, to become the ’Magic Wand Original’. The toy got a new name, and improvements to the components, circuitry, and head to increase its durability. This was the first major update to the technology of the Magic Wand since 2000.

In 2015, Vibratex finally released a rechargeable version of the product. The reason it took so long was due to the ‘don’t ask, don’t tell’ nature of their relationship with Hitachi. However, with Hitachi finally acknowledging the use of the Wand, it made it easier to ask for technological upgrades.

Both the Magic Wand and the Magic Wand Rechargeable have proven to be extremely popular among women. In fact, these products occupy more than 75% of Vibratex’s total sales.

With it being part of the sex-positive feminist movement, it is no wonder that the Magic Wand is so popular among women.